Do you have a project that requires an iOS developer? We will provide you with one or even with an entire development team! Polygant has accumulated a pool of experts with the required programming skills and solid experience in the development of iOS mobile apps.

Developers we recommend have teamwork skills, understand terms of reference and documentation, navigate other people’s code, and can eliminate errors. They are ready to participate in all stages of your project, providing functionality and optimisation. And if you need it, they will continue the maintenance of an application after its launch.

Hiring an already formed team of iOS developers is a way to cut costs on services of an HR agency and to reduce the time from the start of the development to the project implementation and changing its status to ‘the project available to the public.’ 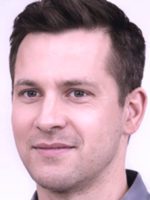 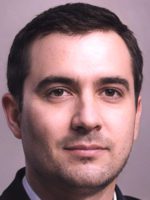 David K., Middle iOS Developer
Development experience: 5 years. Three of them — on Swift. Knows OOP and design patterns. Understands a model and principles of the client-server interaction. Has command of technical English at the level of reading documentation.
Hire Developer

The development of iOS apps is a process of creating applications for Apple devices, such as iPhone, iPad, etc. They operate on a proprietary mobile operating system that cannot be installed on any devices besides Apple products.

According to statistics, over 60% of all server connections worldwide come from mobile devices, which makes their priority higher in terms of business when compared to tablets and computers. 28% of them are iOS devices.

To create applications, iOS developers use the following programming languages:

Most often, Apple’s Xcode serves as the integrated development environment for iOS apps. It is an editor with numerous tools for developers.

After the development, the substantial part of the work is to add an application to the App Store. You can learn more about this final stage in another article.

The development of an iOS application is an essential process if you need to release a product both for clients and internal company use.